Shortly after moving to San Francisco in October 2007, roommates and former schoolmates Brian Chesky and Joe Gebbia could not afford the rent for their loft apartment. Chesky and Gebbia came up with the idea of putting an air mattress in their living room and turning it into a bed and breakfast. The goal at first was just “to make a few bucks”.

A‌i‌r‌b‌n‌b‌,‌ ‌I‌n‌c‌.‌, is an online marketplace and hospitality service brokerage company, It has a cool brand story, with hosts sharing their extra living space, guests living for a fee, and allowing guests to experience real local life instead of booking a hotel. It sounds really cool, but what is the real situation in Beijing? Let’s check it out from two parts:

In this blog, the data is provided by Inside Airbnb, and it contains all informations of 25921 listings in Beijing.

In this part ,we will focus on prices and numbers of listings in different times and different locations to learn about Airbnb’s development in Beijing.

How does the price of Airbnb change over time?

What’s the difference in listings prices in all districts of Beijing?

How does the number of Airbnb change over time and districts?

In this part , we will focus on host introduction ,type and service to look deep inside the hosts of Airbnb in Beijing.

What’s the favorite word of hosts to describe themselves ? 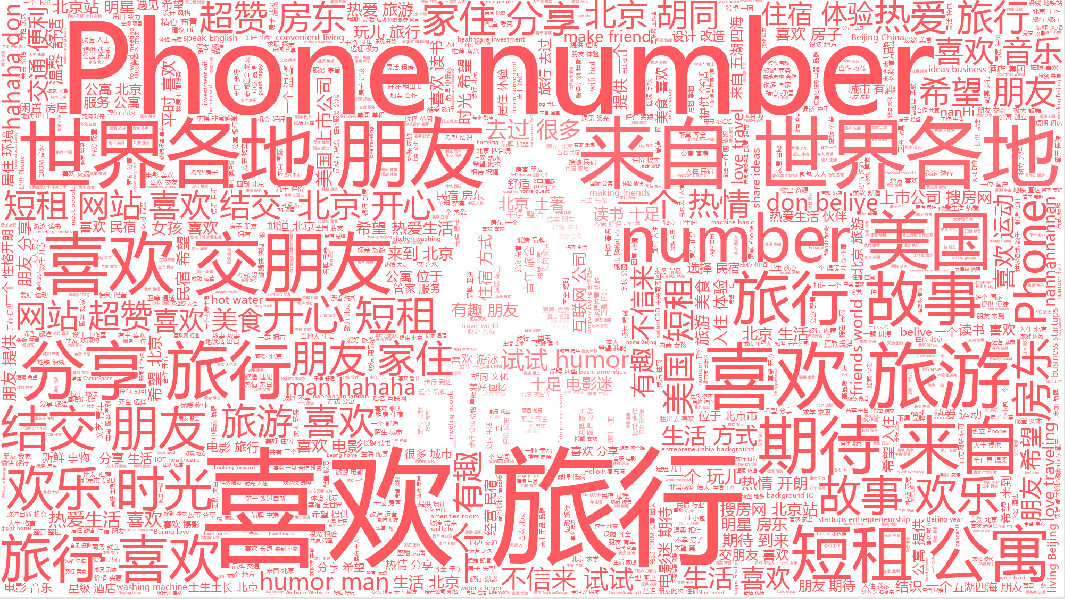 I made a word cloud with host_about. As we can see, most hosts like to put a label “like to make friends” ,” welcome friends all over the word” or “like to travel” on themselves. It seems to be a good match for Airbnb’s slogan.

Now that the hosts are describing themselves so enthusiastic, what are they actually like?

Are they all personal hosts?

In the box plot, I set outliers when it’s over 1.5 times of IQR.

Maybe we should call hosts with 2-5 listings sublessors, and more than 5 listings should be called professional hosts, and the others are called personal host.

We chose Proportion of within an hour,Host Response Rate and Average Score to judge the pros and cons of service.

As shown in the plot above, the personal host has the lowest Proportion of within an hour and Host Response Rate, but has the highest Average Score. Meanwhile, the professional hosts has the exact opposite characteristics.

Maybe a personal host need to work or do something else which makes he doesn’t have enough time to response guests timely, but he can help guests experience a real local life which makes he get a high review score.

Can We Predict the Price?

I made some attempts, but the results were not satisfactory. Although the following characteristics have the greatest impact on the price.

Top five importances of features are shown in the plot above, and we can say the more guests a listing can accommodate, the higher price it can be.

If you have any plans to travel to Beijing recently and you want to book a listing through Airbnb, please note these suggestions:

Finally, I hope you’ll be welcomed home by Airbnb :).